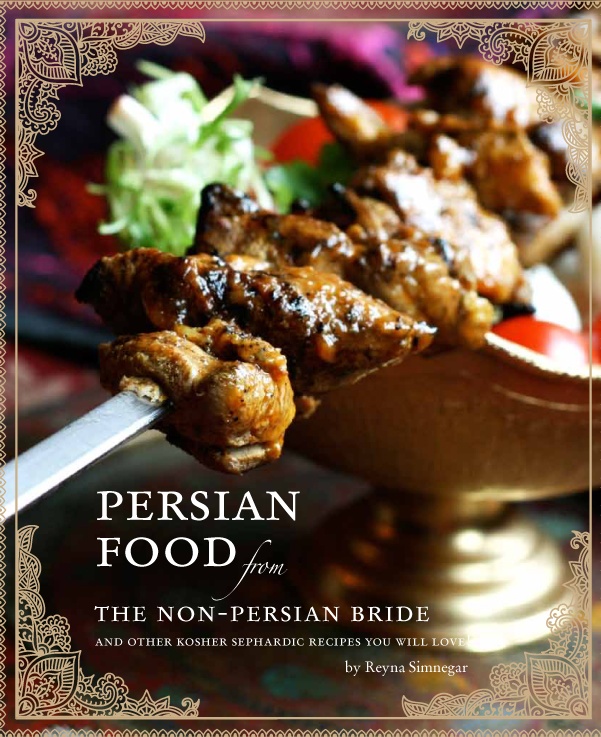 Reyna Simnegar, author of Persian Food from the Non-Persian Bride, will demo dishes unique to Persian cuisine at an evening of tasting and culture presented by Chabad of Westport, CT. on Thursday, March 29 at 7 PM.

A total of seven dishes will be sampled and discussed as Simnegar shares her riveting story of growing up Catholic in Venezuela, discovering that she was a descendent of Conversos from Spain, and converting to Judaism. Her journey continued when she met her husband, Sammy Simnegar, who was born in Shiraz, Iran and came from a traditional Jewish family where Persian kosher delights are prized and at the center of every family gathering.

Simnegar’s substantial volume takes the reader on a joyful journey beginning with an overview of the history of the Jews of Iran.

She maps the most commonly used (and often unfamiliar to the Western cook) ingredients in a chart called “Absolutely Necessary Things”, describing in detail, their names (“Ziadune seeds are also known as nigella seeds”), descriptions (“these little matte black seeds taste like onions. They can be substituted with black sesame seeds for color, not taste.”, their kosher status (“does not require kosher certification”) and where to find it (Middle Eastern markets). 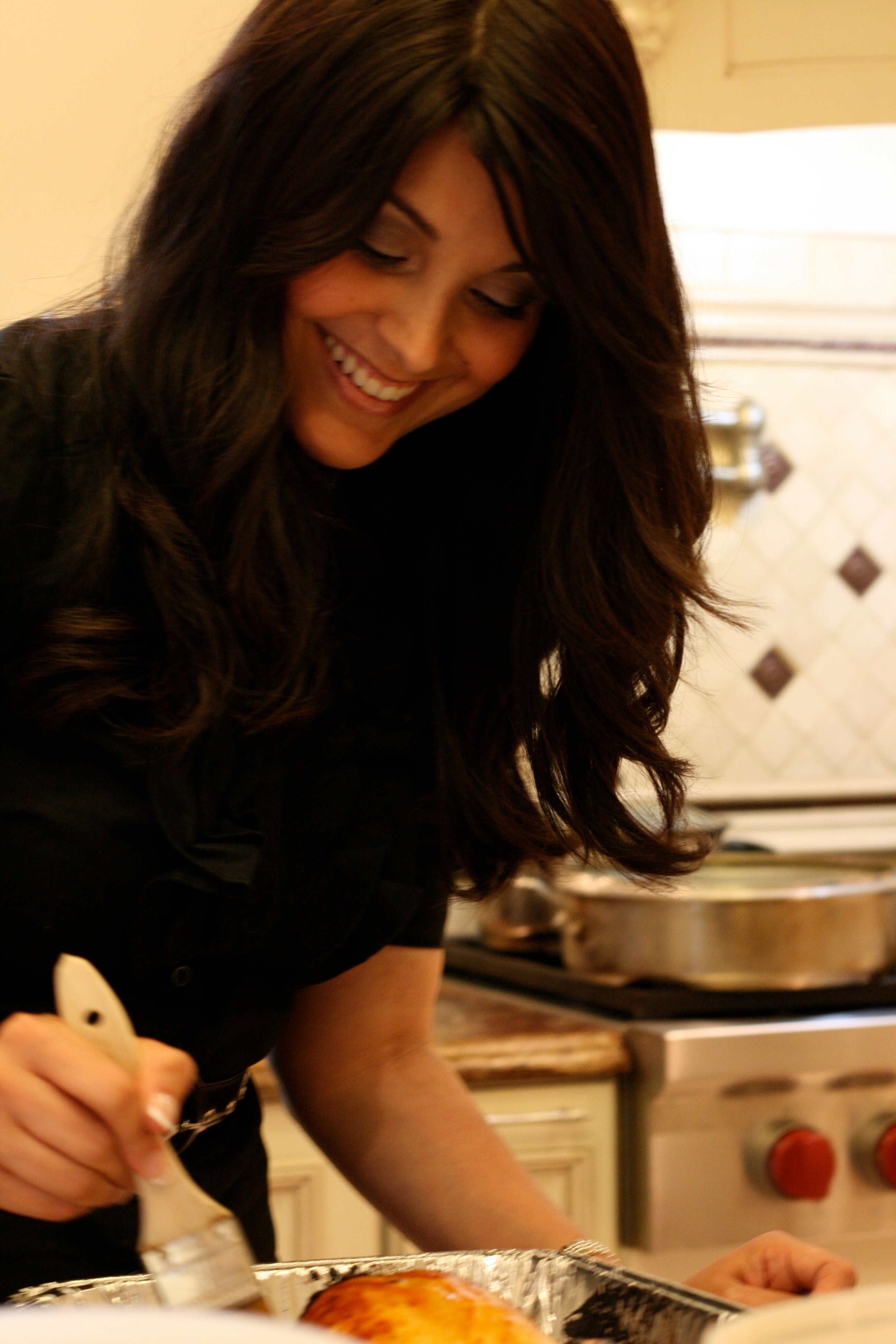 She has a friendly, intimate, tone, full of anecdotes and personal notes. The reader gains a sense of her as a great enthusiast of her husband’s native cuisine and an exuberant and joyful mother of five boys. 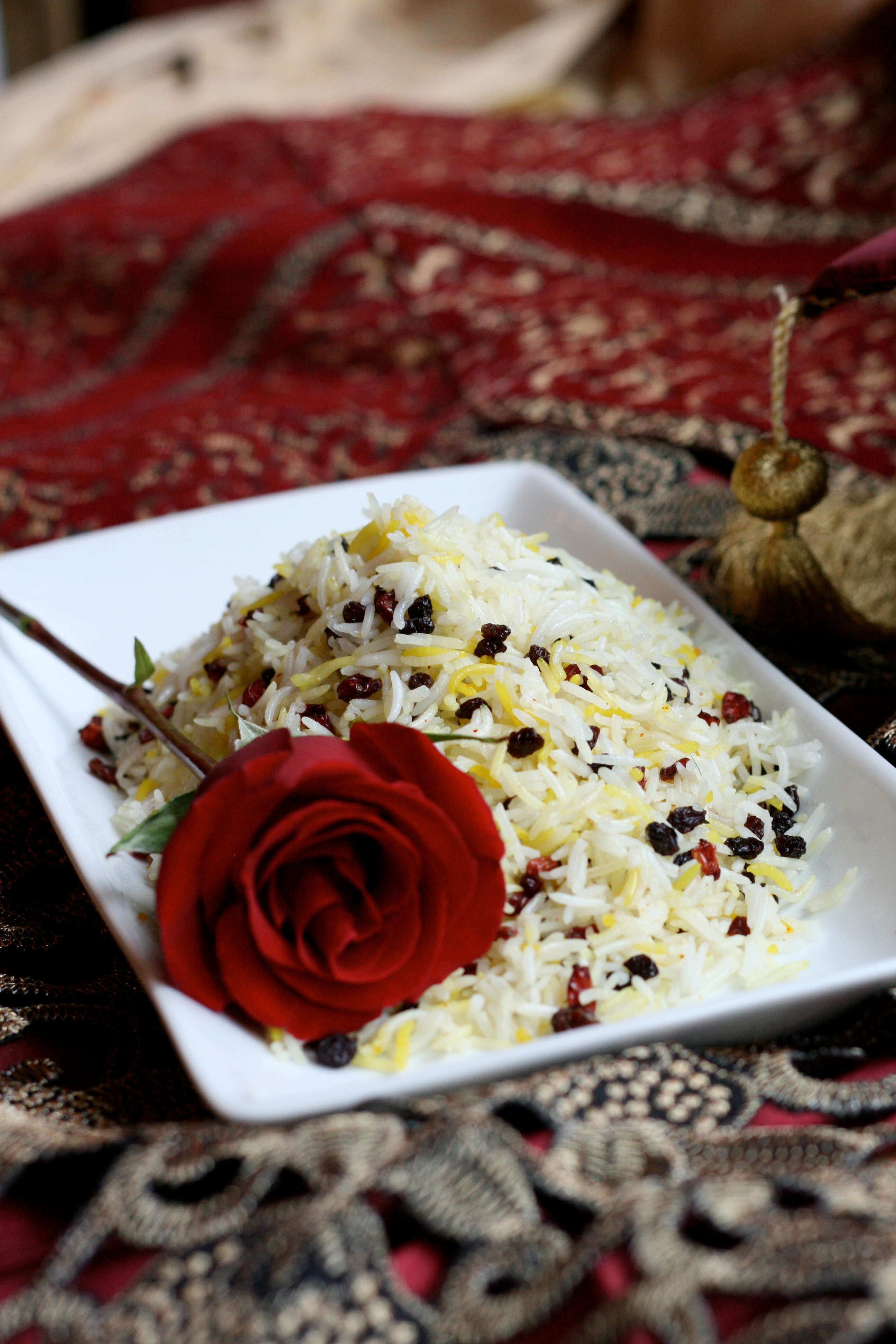 Before her recipe for Jeweled Rice, or Javaher Polo, she wrote, ” Persian women, in general, love jewelry. When I realized there was a recipe with the word JEWELED in its name, it didn’t surprise me at all!  This rice really looks like a gastronomic jewelry box. It contains edible rubies (barberries), emeralds (pistachios), and onyx (currants). It is a gorgeous display of color and tastes.”

When I asked Simnegar what her family’s favorite dish is, she cited her recipe for Mini Meatballs and Zucchini Stew. 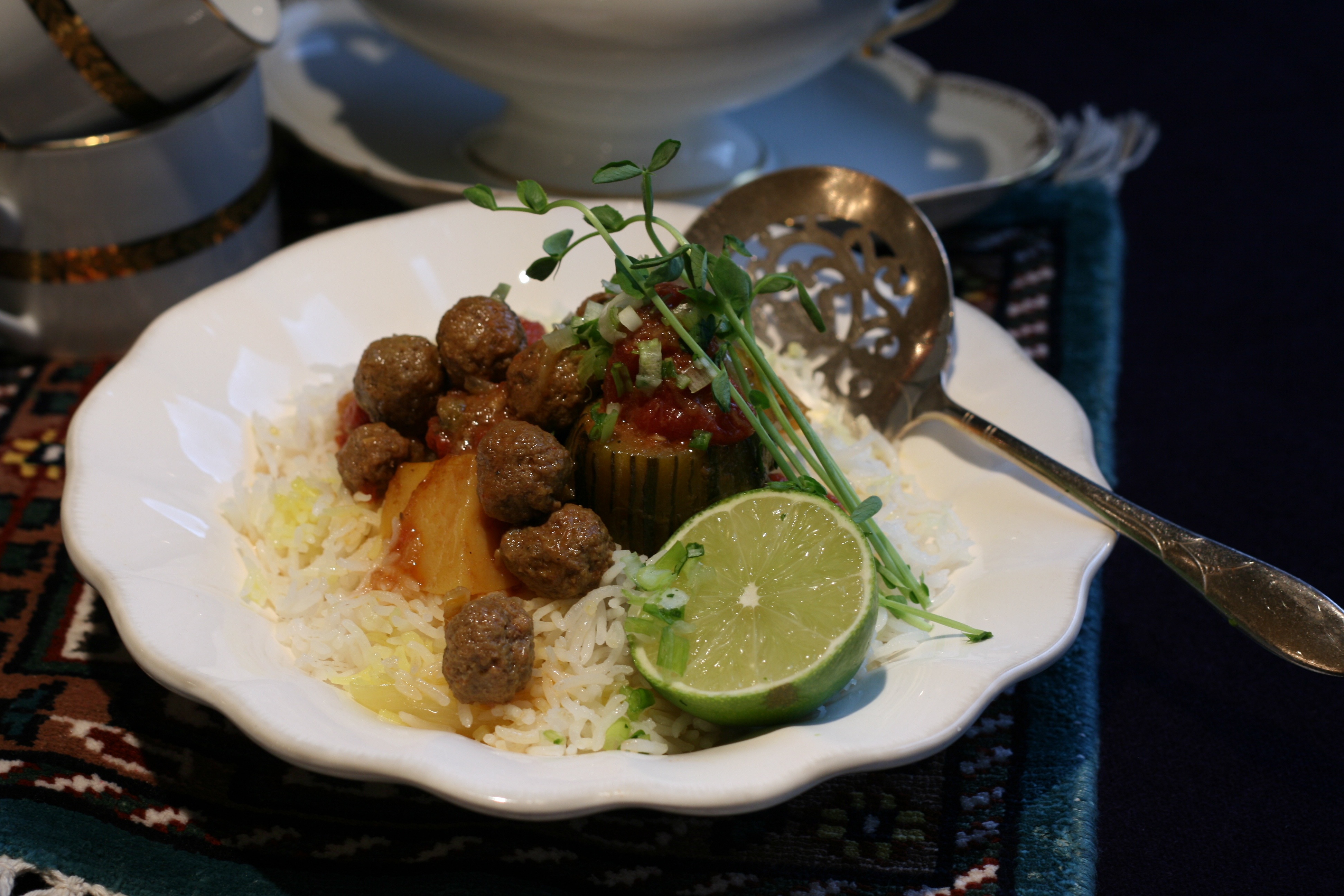 The inclusion of zucchini, lime and saffron make the dish distinctly Middle Eastern and she described it as “zestful, joyful and uplifting”. She cited certain ingredients as having particular energy, a long held notion in Eastern cuisines.

Full page, brightly lit images accompany every recipe, inspiring the reader to try some of these unfamiliar dishes. Fascinating traditions are illuminated in a section called “Persian Holiday Tutorial” where Persian Jewish customs are discussed in great detail and menu options are presented for each holiday and the Sabbath.

As we approach the holiday of Passover, which takes place April 6-14 this year, I found her essay on distinctive customs of the Persian Jewish community to be particularly interesting. For example, the Persians eat rice and legumes during this week, while Jews from other regions do not.

In honor of the upcoming holiday and in an effort to move away from Passover cakes which are often baked with alternative ingredients that I don’t like much, I share this wonderful recipe for Slivered Almond Brittle, known in the Persian community as Sohan’e Asali. It is easy to make and appealing at any time of year.

To learn more about the evening with Reyna Simnegar and to RSVP for this Cooking Demo and Tasting at Chabad of Westport, 159 Kings highway North ($36.00), e-mail dinakantor@gmail.com. While this cookbook is sold out, copies will be available for purchase on this evening, only. 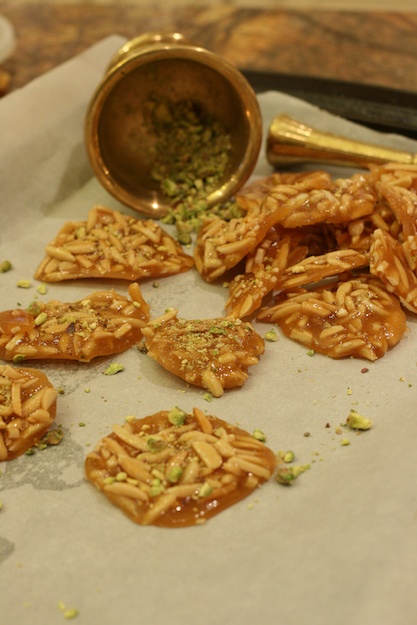 1. Line two baking sheets with parchment paper. Set aside.
2. Pour honey, oil, and sugar into the middle of a small saucepan. The ingredients should form a pyramid; make sure they do not touch the sides of the pan. Turn the heat to high and bring to a boil, uncovered.
3. Reduce heat to medium and add saffron and almonds. Mix well. Simmer, uncovered, over medium heat for about 3 minutes or until a candy thermometer reads 285°F.
4. Remove from heat immediately and quickly spoon portions of the syrup (forming pools about 2 inches in diameter) onto prepared baking sheets. Sprinkle each portion with crushed pistachios. Allow to cool at room temperature for 20 minutes or until hardened.