Winter Borscht & a Class to Sway You

Borscht, a simple beet soup with roots in Eastern Europe, never held much appeal for me. So when Rabbi Evan Krame, spiritual leader of The Jewish Studio, suggested that I teach a zoom cooking session about borscht, I politely suggested other seasonal options.

But NO. He wanted BORSCHT as the subject of this class in a series on Jewish cooking. And now I’m glad he did.

Never having made it myself, I dug into The Gefilte Manifesto to read what the mavens of Ashkenazi food ways had to say about how to elevate the meek, pink jarred soup of my childhood memories.

Maybe this was an opportunity?

The more I read, the more absorbed I became. This is a soup with deep roots in seasonal cooking. It can be eaten hot in the winter (see my recipe below) or chilled in the summer. It may be hearty, with bone broth at its base, or vegetarian, allowing for dairy sour cream. It can be chunky or blended until smooth.

Seasonal foods were central to the food-ways of the poor (really, almost everyone), and wild beet roots were free to foragers. During the brutally long, frigid winters in Russia, Poland and Ukraine, hearty beets stored as well as potatoes. Both were regularly used in winter soups.

According to Gil Marks in the Encyclopedia of Jewish Foods, bland foods were paired with acidic foods like pickles, sauerkraut, sorrel, rhubarb and sour cream, to provide contrast and interest to a very basic diet.

I know that ketchup and lemons weren’t available in Eastern Europe, where my grandparents came from. But my grandmother, Bertha, often used ketchup to sweeten her creations. I don’t recall seeing lemons in her fruit bowl but I believe she would have loved this borscht.

I blended it all into a velvety puree but if you prefer chunky, that’s fine, too. ‘Cause I love textural contrasts, I opted to bake crunchy sourdough croutons to offset the pink puree. Trader Joe’s has a wonderful kosher sourdough that works perfectly here.

Join me on Sunday, December 19, 2021 at 4:00 PM and allow me to sway you if you’re not a beet lover. We’ll be whipping up vegetarian borscht and talking about all things Jewish cooking and yes, beets. The class is on zoom and free, but donations to The Jewish Studio are appreciated.

And a big thank you to my dear friend, Susan Barocas, expert in Mediterranean, Middle Eastern and Sephardic food history and culture, for recommending that I present this class.

Note: For another warming winter veggie soup take a look at one of my faves here.

Disclosure: When readers purchase items through some of the links in this post Kosher Like Me may benefit by receiving a small percentage of sales. There is no cost for the buyer. Thanks for supporting this blogging habit of mine.

Borscht (beet soup) is all about subtle contrast of flavors (sweet and sour), textures (silky and crunchy), and colors (deep pink with a freehand swirl of white). It’s seasonal, warming, healthy and absolutely gorgeous in all of it’s fuchsia glory.

DO try to buy beets at your farmers’ markets and keep the nutritious beet greens that top the roots. They are tasty simply sautéed with a bit of olive oil, garlic, salt and pepper.

About these croutons: Croutons are not essential, but a nice touch if you like crunch. Dry the bread overnight or a few hours before baking them.

Salt and pepper to taste

Scrub the beets, keeping skin on. Wrap each beet with silver foil and place on a sheet pan. Roast beets for 30-40 minutes until fork tender. Remove from the oven, allow to cool and unwrap.Slide the peel off the beets and rough chop. Place them aside.

In a large soup pot, heat the olive oil.

Saute the shallots over medium heat for 3-5 minutes or until translucent. Do not brown.

Add carrots, celery, and parsnip to the pot. Sautee for 5-8 minutes.

Add ginger, garlic, ketchup and lemon juice to the pot. Season with salt and pepper and saute for another 3-4 minutes, stirring to combine.

Bring soup to a boil and reduce to a simmer. Simmer for 25 minutes. Potatoes should be fork tender.

Remove the pot from heat, uncover and allow to cool.

Blend contents at high speed, in a blender or food processor, until velvety smooth. Refrigerate overnight.

Cut or crumble dried sourdough into small pieces. If cutting into square croutons, they should be about ½” square. Place croutons into a medium mixing bowl.

In a small bowl, combine honey, olive oil, dill, salt and pepper. Stir to combine. Drizzle and coat the bread bits with the mixture. Spread coated croutons evenly onto the sheet pan and bake for 5 minutes or until golden.

Remove from the oven, allow to cool, and store in a tightly sealed container until ready to use.

Warm soup gently on simmer.Ladle into bowls, top with a swirl of sour cream. Dot with croutons and enjoy.

Allow time to roast the beets and cool them before blending.This soup is better the day after you make it so hold off on adjusting seasoning until you’ve given it time to rest. 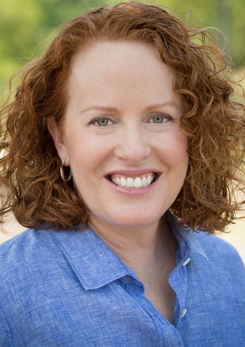 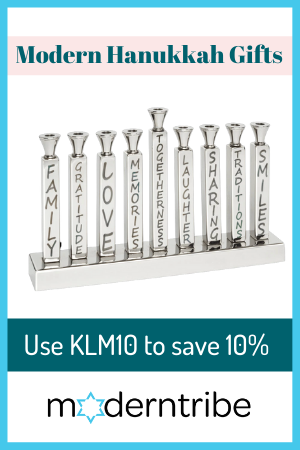