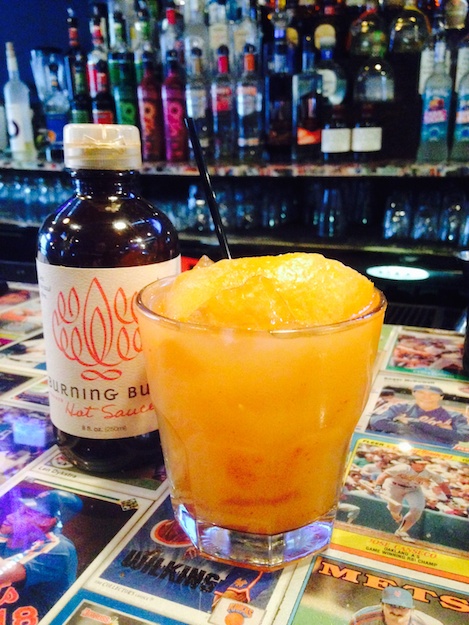 Why we Love those Lumpy Sunchokes

Jerusalem artichokes are surprisingly misleading in more ways than one.

For starters, they’re not from Jerusalem and they’re not artichokes. And despite their knobby, uninviting look, this root vegetable magically transforms into a comforting, scrumptious and nutritious side dish.

Looking for an accompaniment to your Thanksgiving and meatless Monday meals? Try sunchokes!

So what’s with the misnomer?

Jerusalem artichokes are part of the sunflower family. It’s widely believed that Italian-American settlers referred to this native American plant as girasole (Italian for sunflower) centuries ago. They began pronouncing girasole in a way that sounded like “Jerusalem” and hence the evolution of the name.

Today, they are most commonly referred to as sunchokes, so let’s just go with that! 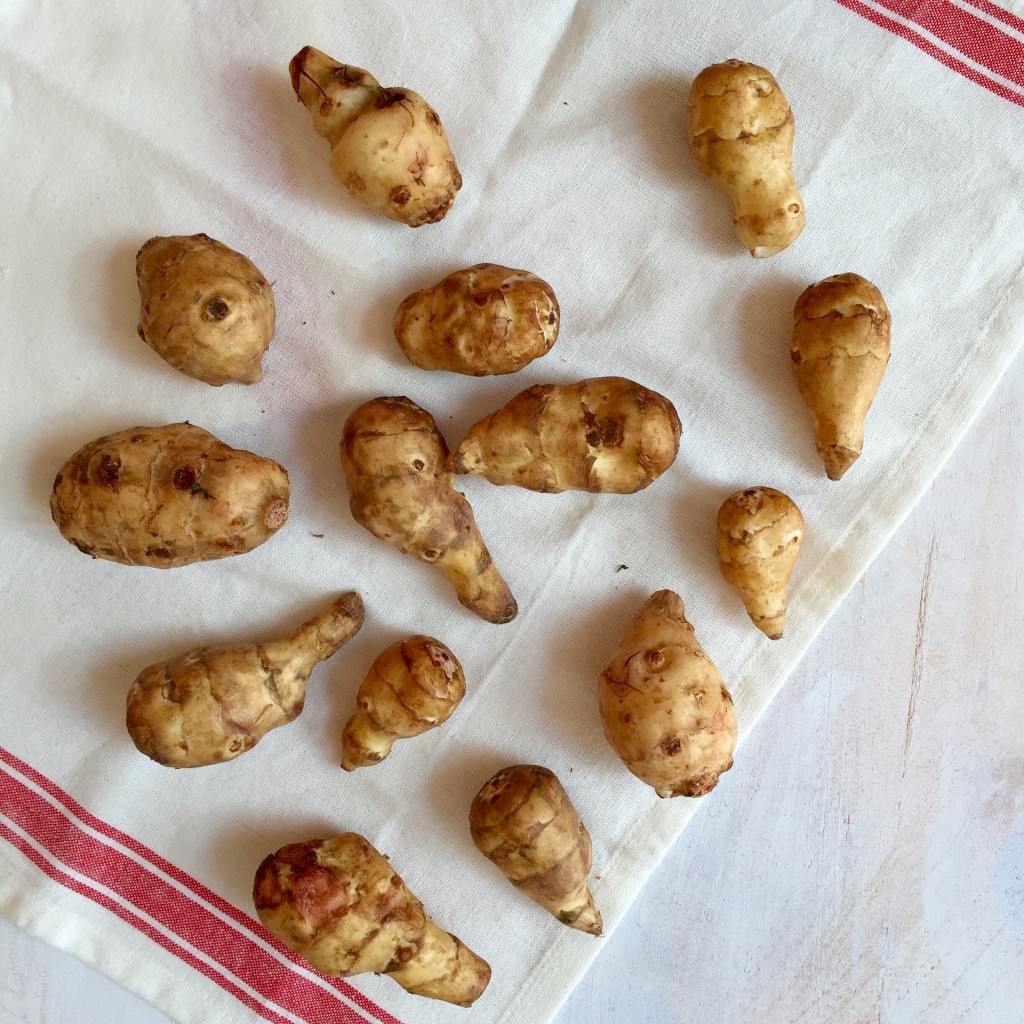 They all look kind of gnarly. How do I know the best ones to pick?

These guys peak in fall and retire around April, so keep an eye out for ‘em at your farmers’ market now! They almost look like ginger roots, so we suggest using the same choosing principles. You want ones that are smooth, firm, blemish-free and not too bumpy. Steer clear of ones with wrinkly, bruised skin.

To store, wrap unwashed sunchokes in paper towels, place them in a zip-lock bag and put them in the crisper drawer. That way, they’ll stay good for about two weeks.

To prep, wash these super-tubers well. Remember, they are root vegetables (yup, they grow underground) so dirt loves to cling to them. The next step depends on how you are going to enjoy them according to your recipe. 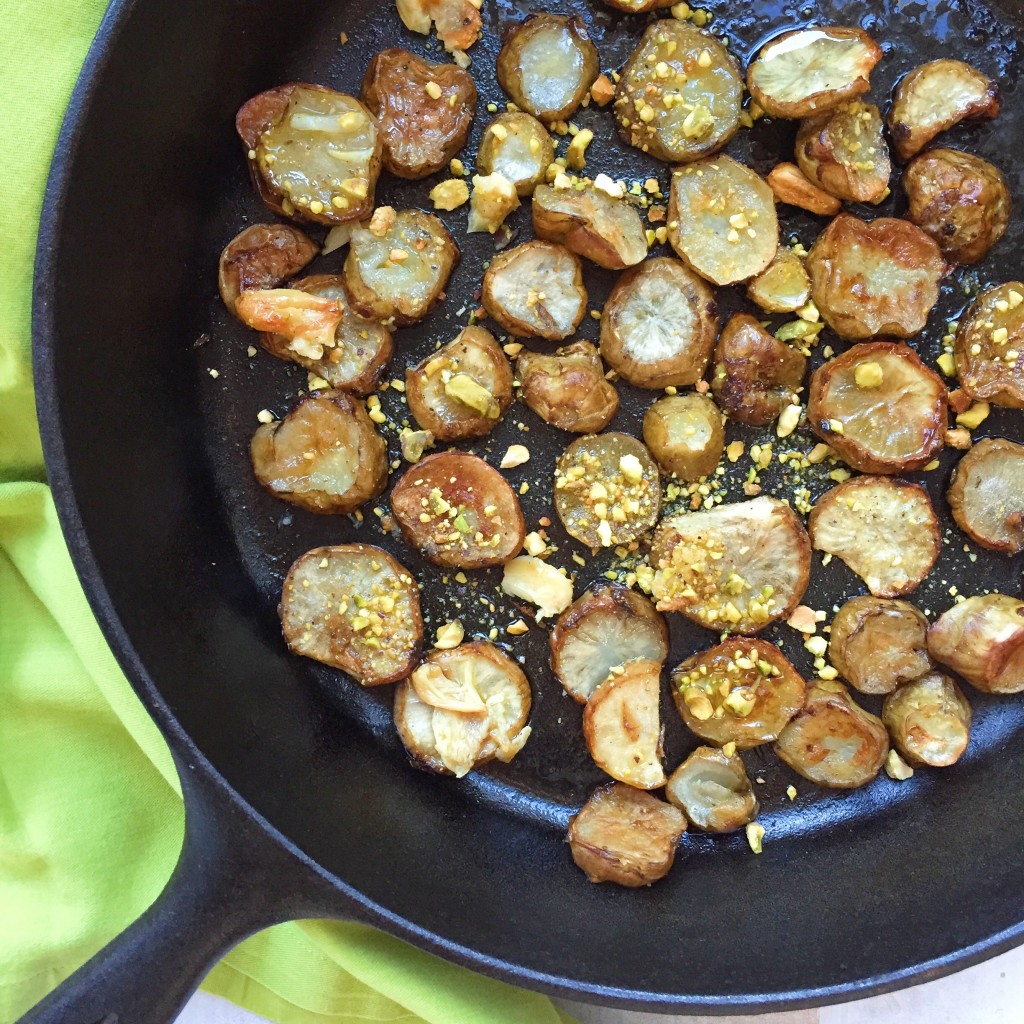 What should I do with them?

Oh, let us count the ways! While we’re giving you a super simple recipe below we encourage you to get creative with these guys.

Thinly sliced or delicately shaved (yes, raw), they add a great, earthy flavor to salads. Since they have similar characteristics as potatoes and parsnips, treat them the same. You can purée, bake, mash, steam, fry, stew, and even pickle them!

You mentioned they are nutritious?

Yes! Actually, many diabetics use them in place of potatoes since they are full of inulin (instead of starch) and don’t cause your blood sugar levels to skyrocket (note: this is the same reason they can cause some discomfort post-eating, but this doesn’t happen to everyone).  Another note: they cook faster than potatoes so if you choose to cook them similarly, watch them carefully so they don’t overcook.

They’re also a great source of iron, fiber and potassium.

What else should I know?

Sunchokes oxidize quickly – which means their color will darken when exposed to air. Add some acidic juice (try lemon juice) in the final minutes of cooking/before serving raw on a salad to avoid this.  Also, avoid using aluminum or iron pans when cooking, as this will speed up the oxidation process.

How have you prepared sunchokes? And if you haven’t, what’s held you back? 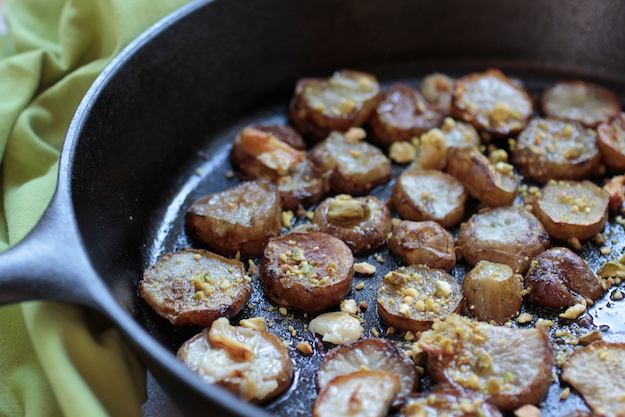 Pre-heat oven to 425 degrees F.
RInse sunchokes in cold water and pat dry with paper towels. Remove any obvious bruises.
Slice into ¼ discs.
In a bowl, toss sunchokes with olive oil, salt and pepper and garlic cloves.
Place sunchoke discs on a foil- lined and sprayed roasting pan or in cast iron pan. Be sure discs are in single layer.
Roast for 20 minutes until golden brown. DO peek to be sure. Turn once and brown second side for 10 minutes. Pierce with fork to check for doneness. They should yield easily.
Remove from roasting pan and plate in shallow bowl. Squeeze lemon juice all around and check seasoning for lemon, salt and pepper. Top with crumbled pistachios.