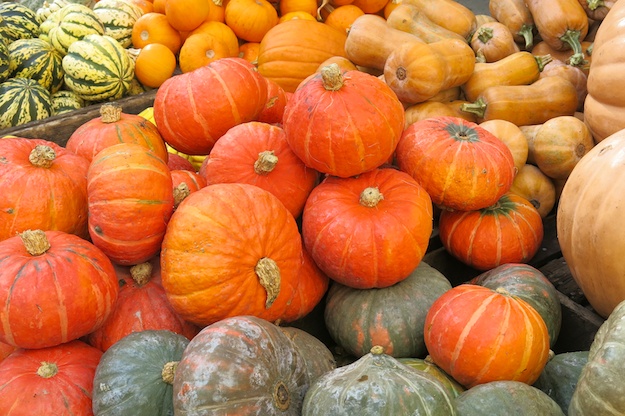 Glowing on nearly every doorstep, spicing up Starbucks lattes, popping up in patches all over – there’s a profusion of pumpkins everywhere we turn. Here’s what you need to  know about the famous winter squash, and one of our favorite edible gourds, the pumpkin.

What does gourd mean?

Pumpkins (which are a fruit by the way) are members of the diverse gourd or cucurbit family, along with squash, cucumbers and melons. Depending on the context, squash, pumpkin and gourd are terms used interchangeably which often causes confusion. The differences are primarily scientific so don’t worry about it too much! 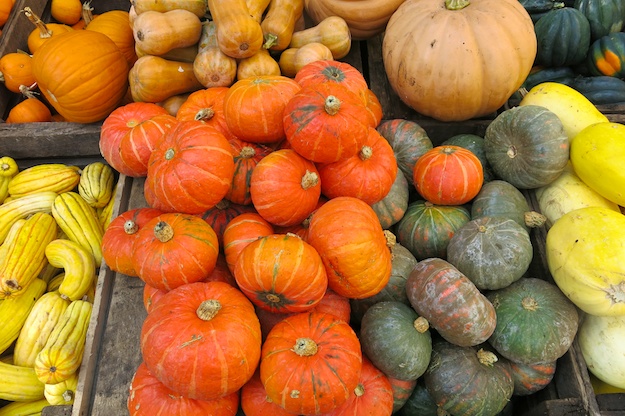 A little bit of history…

Now, we all know that pumpkins are thought of as American icons as they are famous for rounding out Thanksgiving feasts, being carved into spooky faces for Halloween and even for making an illustrious golden carriage appearance in the Disney film, Cinderella.

But pumpkins also have a historic place in Jewish culture as well. Natives of North America, the autumn fruit spread across the Atlantic in the 16th century and quickly made its way to the trade routes, where the Jews embraced the new food along with other lesser-known foods at the time like artichokes and eggplants. Today, they are a key part of American Jewish cuisine and hold special symbolic importance at Rosh Hashanah seders along with dates, pomegranates and leeks. 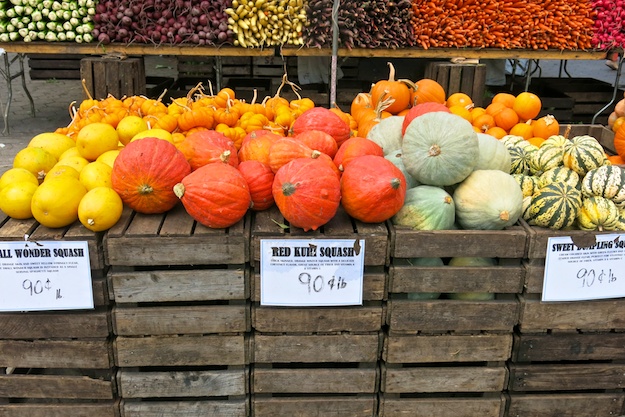 What should I look for when buying?

There are tons of varieties out there. Some are better for cooking and others for carving (like Jack-o-lanterns). The smaller varieties (4-6 lbs.) like Cheese or Cinderella, Baby Pear, and Sugar Pie are the best for cooking as they have a dense, smooth textures and taste much sweeter than those used for carving.

Look for firm, deep-colored ones that don’t have bruises or cuts (small blemishes are OK). If it has any noticeable soft or bruised spots, it is much more likely to contain rot or mold. The stem, still attached, should be rich green color and should sound hollow when knocking it, also indicating its maturity. Note that a 5lb pumpkin should yield about 4 cups of pulp.

How should I prepare it?

While the thick skin and potentially heavy weight may have you thrown, pumpkins really aren’t as hard to handle as you might think. Simply cut the pumpkin in half and scrape away the seeds and fibers, but don’t get rid of the seeds. If you have difficulty removing the seeds from the flesh, try boiling them in water, which will help them separate easily.  If you are going to bake the flesh, we recommend leaving it cut into halves, but if you are going to be boiling or steaming it, cut the pumpkin into even smaller pieces so they are easier to manage. 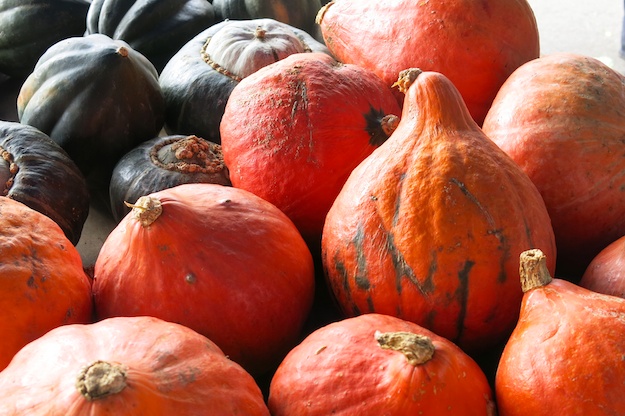 What’s the best way to use it?

You can roast them, puree them, bake them, sauté them – from savory sides to sweet treats, the possibilities are nearly endless! Oven baking is the most popular method.

Baked at 350 degrees for 1 ½ hours, the pumpkin’s flesh should come out nice and tender. Don’t worry about the browned edges – this happens as a result of the natural sugars in the pumpkin that caramelize when heated and give it a rich taste.

Pumpkin seeds are also great for an array of dishes. They are chock full of vitamins and minerals, filled with fiber, and taste delicious. We especially love them roasted and tossed in salads. After separating them from the flesh, simply lay them out evenly on a lined baking sheet and drizzle them with olive oil and sea salt. Baked for 7 minutes at 375 degrees, they should be perfectly toasted to a light golden brown.

When it comes to complementary flavors, you can never go wrong with maple syrup and warming spices, but be sure to try some chocolate and even sage and mushrooms too when experiment with pumpkin recipes!

Pumpkins are pretty low maintenance. The main thing to keep in mind is to keep them away from extreme temperatures and out of the sunlight. Simply store them in a cool dry place (countertops are fine) and they should be good for 2-3 months.

As for cooked pumpkin, 7 days in the fridge or up to 6 months in the freezer should be the limit. If an uncooked pumpkin starts to soften or leak liquid (mold would be the next step), it means it has gone bad.

Scroll up to find Marcia Selden‘s  3 inspired recipes for roasting baby pumpkins. And don’t wait until Thanksgiving to stuff these darlings. Experiment with these recipes NOW and let us know which is your favorite.

What do you cook/bake with pumpkins??