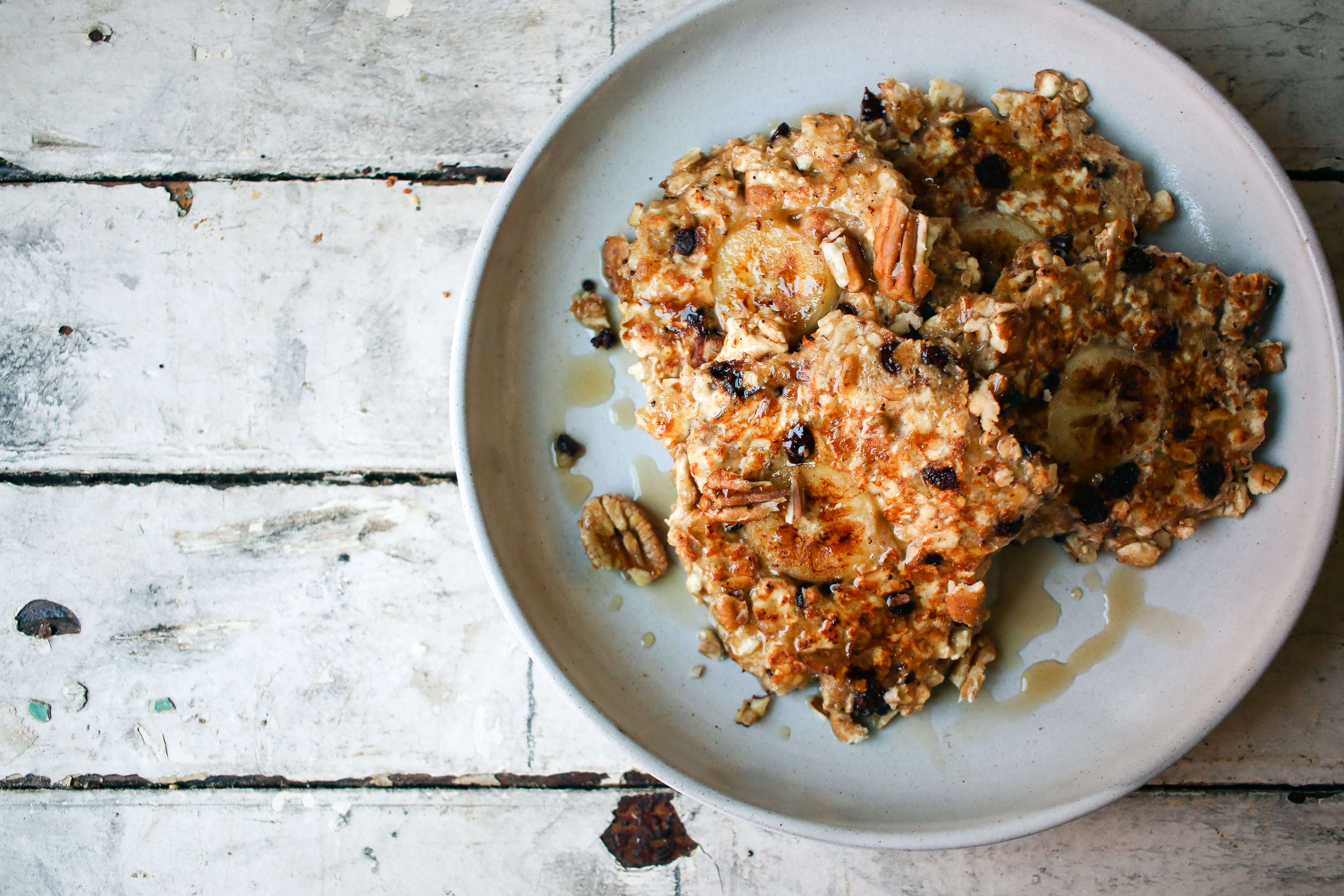 Breakfast options sure can feel scarce during Passover week.

We simply can’t eat matzah and cream cheese for eight days. Sure, it tastes great at the beginning of the week but by the second or third day we’ve had it with the crumbs. To solve the Passover breakfast dilemma we’ve turned to our favorite bloggers for a load of super recipes.

Oatmeal lovers, granola crunchers and those who simply grab a nibble with one foot out the door – we’ve got your mornings covered this Passover!

Scroll all the way down for two Passover recipe e-books that shouldn’t be missed.

Watch the crackly matzo soften into a pillow of eggs in our fave French-toast-meets-matzah recipes with modern twists.

Matzah Brei with Lox and Schmear, What Jew Wanna Eat

Passover Matzoh Brei with Bananas and Pecans, The Kitchn

Sure, we could make it a few days without pancakes, but why would we when there are such irresistible substitutes to nosh on?! Matzo meal, farfel, mashed potatoes, potato starch, rice flour and surprisingly, a combo of bananas and almond butter form the bases of these inventive concoctions.

Pecan Banana Matzo Pancakes, I Will Not Eat Oysters

Traditional Rice Polis: Indian Rice Flour Crepes, Food Wanderings (Did you know the Indian Jewish community, which is neither Ashkenazi nor Sephardi, eats rice and legumes on Passover?)

Bubaleh, Tori Avey (made with kosher for Passover baking powder)

We could easily pair these hearty egg dishes with some matzah drizzled with olive oil and a dash of Za’atar.

For those mornings when breakfast is bound to be an afterthought, prep these bites in advance and pair with a steaming coffee.

For the oatmeal lovers

Had your fill of matzah and looking for something a bit more warming and nutritious? Quinoa, brown rice and farfel are just some of the ways to go. Large spoons required.

Dried Fruit Compote, (best to prep the night before as the mixed dried fruit needs an hour of simmering to soak up the cinnamon and cloves!), Melissa Mayo

Cinnamon Raisin Quinoa Granola, May I Have That Recipe?

Gluten Free Vegan Quinoa Protein Bars, May I Have that Recipe?

For something savory on a lazy weekend morning, try one of these heartier options.

Unleavened and full of flavor…

Pistachio and Apricot Macaroons, The Nosher

For even more creative Passover recipes, check out the 4 Bloggers Dish; Passover: Modern Twists on Traditional Favorites, featuring the talented ladies of Kosher Like Me, What Jew Wanna Eat, Jew Hungry and the Patchke Princess!

Also, be sure to download Melissa Mayo’s e-book, full of Passover dish ideas from simple salads to delectable desserts. Add the digital version to the cart and enter ELEANOR as the coupon code for a 100% discount and you’ll get an email to view the lovely recipes. In return, Melissa kindly asks that you give some tzedakah or invite a guest over who doesn’t have a Pesach seder to attend.