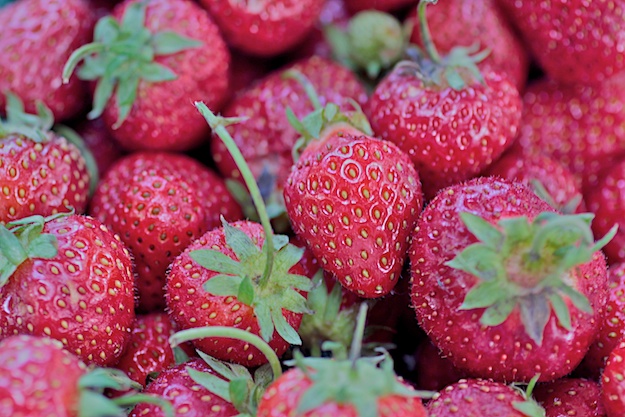 What does a July 4th celebration have to do with Kosher Like Me? Well, not a whole lot really.

Except….Jews are an integral part of the American fabric. There are probably more of us here in the U.S. than in any other country or continent.

For my family, the 4th is an official kickoff for summer complete with house guests, grilling, and a flag cake.

This year, I decided to move on from this unoriginal yet always delicious dessert and my mind turned to a pavlova, a marshmallow-y meringue filled with cream and fruit. 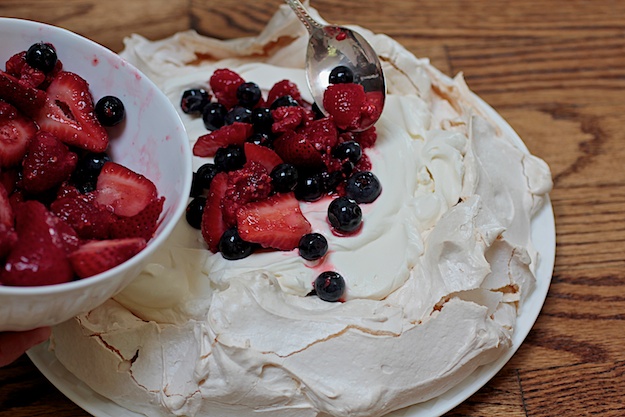 And what does a pavlova have to do with July 4th? Well, not a whole heck of a lot. 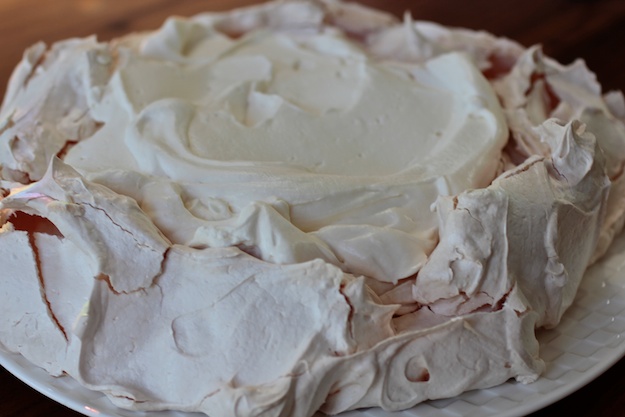 Considered the greatest ballerina of her time, it was said, “she does not dance; she soars as though on wings” so a confection named after her would be as light and ethereal as her dancing.

And for summer’s kickoff I can think of no better reason to enjoy something sweet, fresh, creamy, and light in red, white, and blue.

A nod to July 4th and independence from the flag cake. 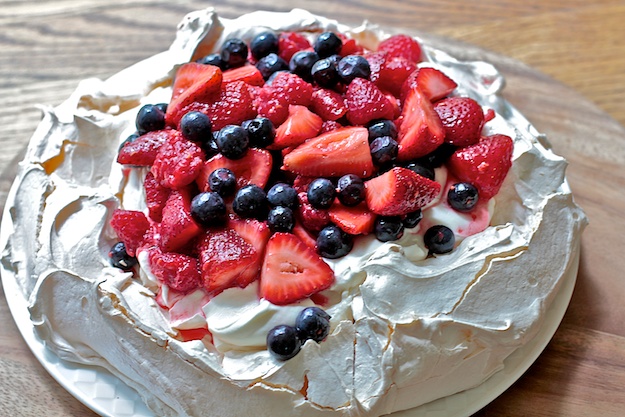 Make meringue:
Preheat oven to 250°F with rack in middle. Trace a 9-inch circle on a sheet of parchment paper. Turn parchment over and put on a baking sheet.
Whisk together sugar and cornstarch in a small bowl.
Beat whites with salt and cream of tartar using an electric mixer at medium speed until they hold soft peaks.
Increase speed to medium-high and beat in sugar mixture in a slow steady stream. After all sugar has been added, beat 1 minute more.
Add vinegar and vanilla and beat at high speed until meringue is glossy and holds stiff peaks, about 5 minutes (longer if using hand-held mixer).
Gently spread meringue inside circle on parchment, making edge of meringue slightly higher than center (the "crater" is for cream and fruit). Bake until meringue is pale golden and has a crust, 45 minutes to 1 hour.
Turn oven off and prop door open very slightly with a wooden spoon. Cool meringue in oven 1 hour.