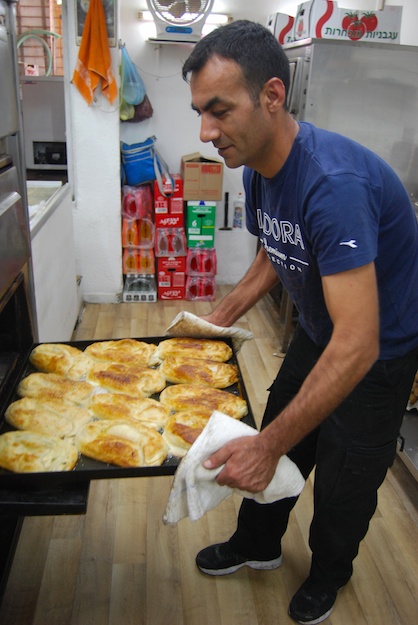 Contributed and photographed by Paloma Aeylon

Falafel. Shawarma. Hummus. Shnitzel. Shakshuka. These are typically the foods we salivate over in anticipation of touching down in the land of milk and honey. While these Israeli delicacies certainly warrant our attention and appetite, there’s a culinary craft that’s lesser celebrated despite its rich role in Israel’s colorful cuisine.

Produced with passion by farms dotting the map of the holy land, Israel’s dairy has developed into an art that attracts lactose lovers worldwide. Gvina levana. Bulgarit. Zefatit. Labane sprinkled with zatar. These are merely a few delicious dairy discoveries that never fail to leave a lasting impression. 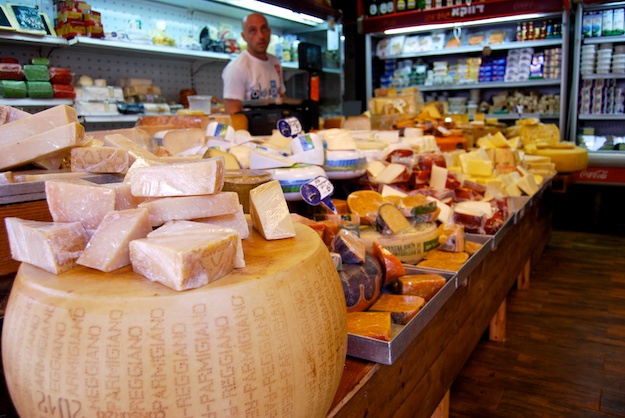 Family-owned dairy farms throughout the country have recently made it a point to introduce artisanal items unique to Israel. As more boutique cheese-makers populate the country’s north and south, Israelis are even starting to identify differently pronounced regional flavors. Tzfatit, for example, a mild curd cheese molded in a basket, deviates in taste when made in the Negev as opposed to its original birthplace in the Galilee.

Watch out France. You’ve got an unassuming foe de fromage in your future! 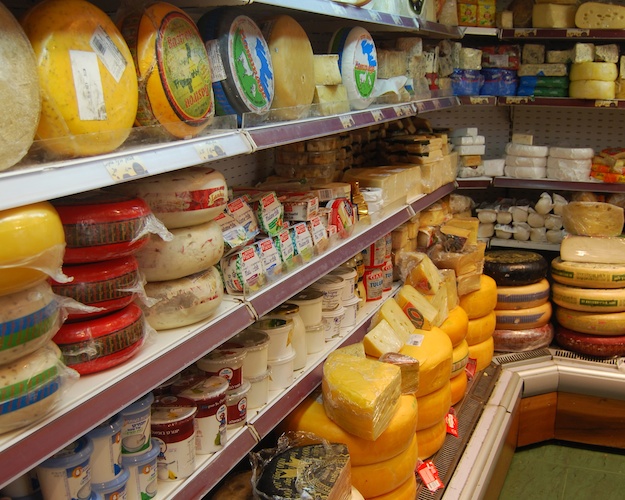 With Shavu’ot at our doorstep, Israel’s cheese mongers are about to have a voluptuous variety of dairy products to choose from throughout the country. Marking the moment that Moses received the Torah on Mount Sinai, also called Har Gavnunim (similar to gevinah, the Hebrew word for ‘cheese’), Shavu’ot represents the day that Jews began observing the laws of Kashrut (Kosher).

Without the tools needed to prepare Kosher meat, the Jewish people headed straight for milk-made magnificence. This is why, to this day, the arrival of Shavu’ot elicits indulgent images of blintzes, cheesecakes, casseroles, and all-around killer creaminess.

Whether defined by the homemade touch of a private Israeli kitchen, the speedy simplicity of a street vendor, or the gourmet innovation of Tel Aviv’s chef restaurants, there’s a morning-to-night staple in the sabra dairy diet that’s easy to make and deserves a spot on your Shavu’ot menu. Bourekas, or börek as originally coined in Turkey, is a traditional Ottoman comfort food brought to Israel with the influx of Turkish Jews.

In Ladino, a Jewish-Spanish dialect, boureka is the singular name of this ageless food favorite. However, because Israelis were so used to hearing the plural form of the term, bourekas (no one simply bought only one boureka!), the double plural suffix stuck. Coming in a variety of shapes, sizes, and flavors, the deliciously destructive b-bomb will be a guaranteed winner on your dairy-day table. 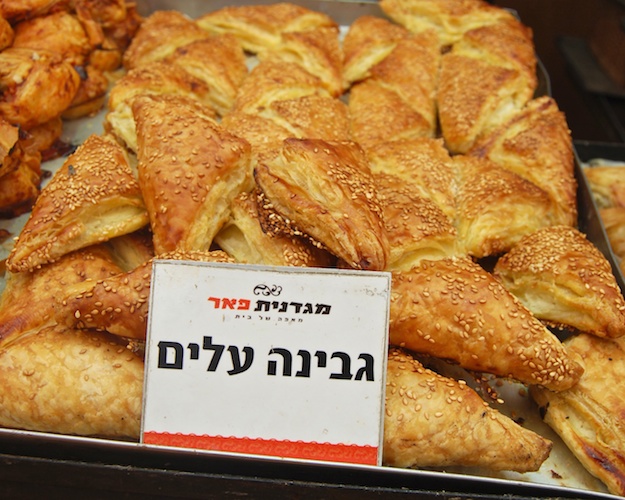 Commonly made with yummy yufka or flaky phyllo dough, the boureka is filled with cheese, minced meat, or vegetables and is topped off with sesame seeds, making the ultimate savory sensation. Whether enjoyed as a small snack accompanying tea or eaten as a hearty meal served with a hard-boiled egg, these cheese bourekas are sinfully addictive!

What dairy delights will you be enjoying for Shavuot? We want to know!

Paloma Aelyon, Director of Delicious Development at Tel Aviv-based culinary tourism company Delicious Israel, has a voracious appetite to explore and document a culture linked closely to her Turkish Jewish heritage. Her passion for storytelling, matched with past experience in marketing for the travel and culinary industries, fuels her desire to share a behind-the-scenes peak into the colorfully complex reality that permeates Israel.

If you want to the real-deal boureka, you know who to call! 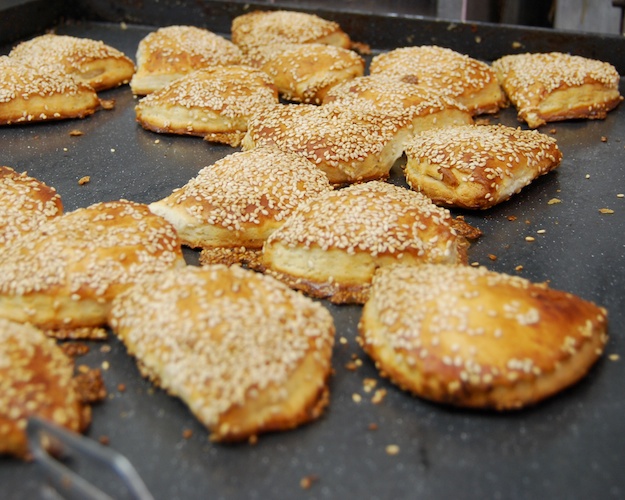 Classic cheese bourekas are a staple on the street food scene in Israel and throughout the Middle East. Store bought phyllo dough makes them a cinch to prep at home!

Preheat oven to 350 degrees.
Beat all ingredients for filling until smooth.
Roll the dough into ¼ inch thick sheet. Cut into 5-inch (12-cm) squares.
Put one tablespoon of the filling in the center of each square, fold diagonally to form a triangle and pinch the edges together.
Arrange the bourekas with sufficient space between them on a tray lined with baking paper.
Brush the triangles with the beaten egg and sprinkle sesame seeds on top.
Bake for 30 minutes until the bourekas are golden.

Defrost phyllo in the refridge overnight. When working with phyllo it's important to place a damp paper towel or dish towel over the pile, keeping it just moist, until you get to it.
These bourekas may be made 2 days ahead and reheated in the oven to crisp 'em up. You may freeze them and place directly in the oven to re-heat.