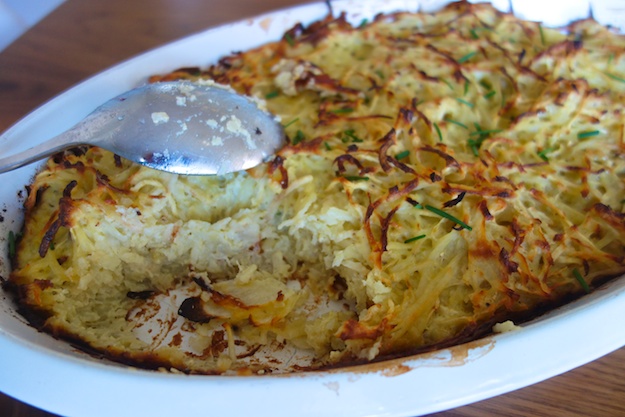 Solving the Frying Issue: As Easy As Latke Gratin

In case you haven’t heard, Hanukkah and Thanksgiving fall on the same day this year. It’s a big deal because the holidays last converged in the 1880’s and it won’t happen again for thousands of years.  Reason to celebrate Thanksgivukkah, for sure!

For some, the idea of frying latkes while preparing a Thanksgiving feast isn’t an intimidating thought. For most of us mortals, however, the thought of standing and frying at the stove isn’t a welcome notion. (And for mortals like myself, frying but once a year is enough!) There is a solution to the frying “issue.”

Why not take latke’s ingredients and combine them in a single, well oiled dish, then drizzle the top generously with oil to crisp it from above and below?

The result is not only easy on the harried cook, but also resembles a latke in flavor with plenty of crunchy edges. And how, you may ask, is this different from a kugel? To which I respond, What is a latke, but miniature kugels with more crispy surface area. 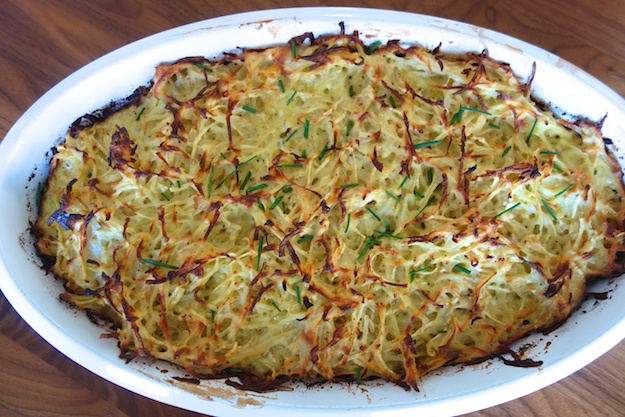 Because the main ingredient in latkes are potatoes, they pair easily enough with turkey. Applesauce is traditional, but why not give in to the tart allure of cranberries which already have a place on the Thanksgiving table?  Instead of a straight up cranberry sauce, the recipe below is more chutney-like with apple cider vinegar, black pepper, and bay leaf. 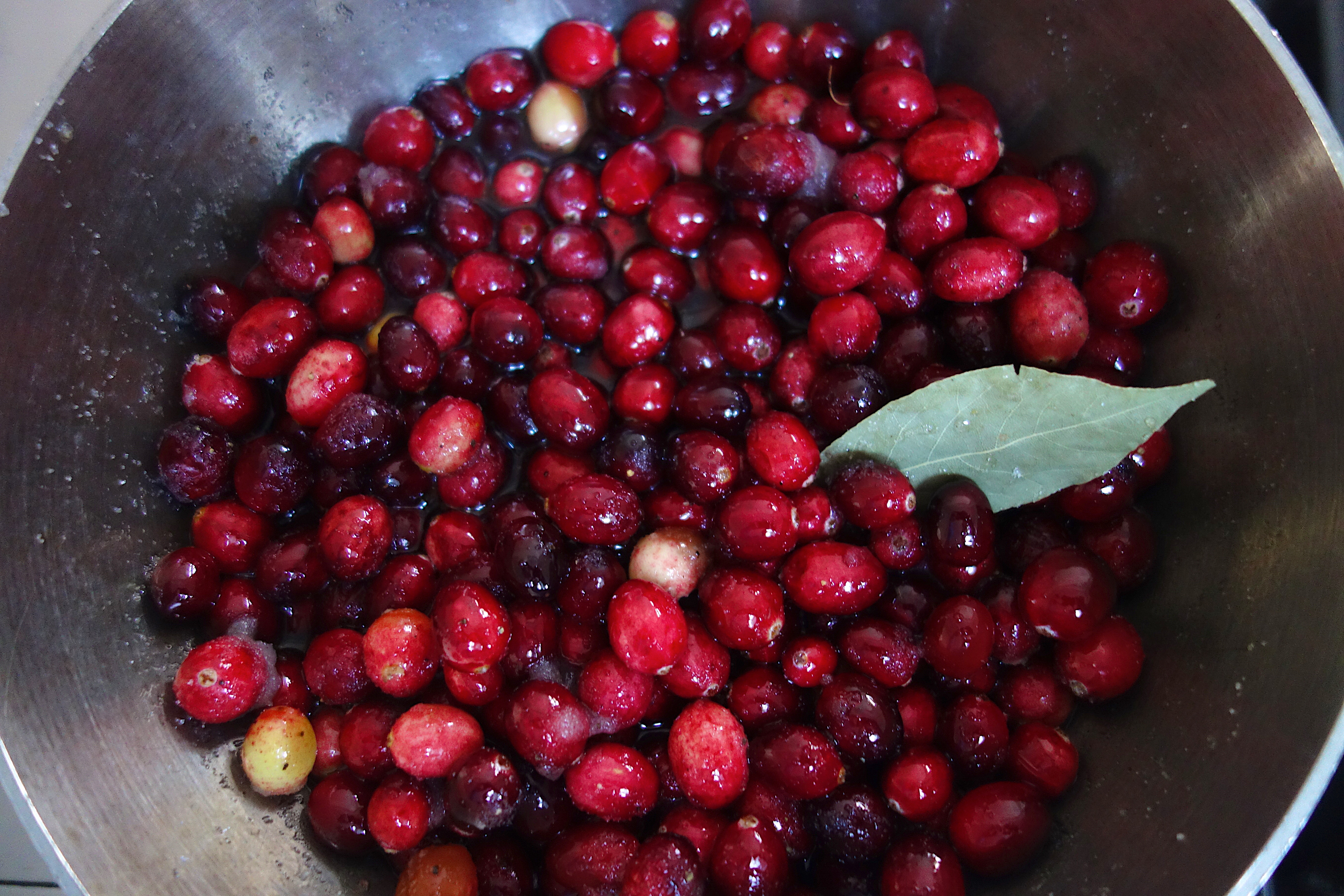 Latkes themselves are open to interpretation, mixing well with autumnal offerings such as celery root (see recipe below), yams, carrots, leeks, and squash.

And since Hanukkah’s date this year is unique, why not experiment with a different ingredient and look for your latke? 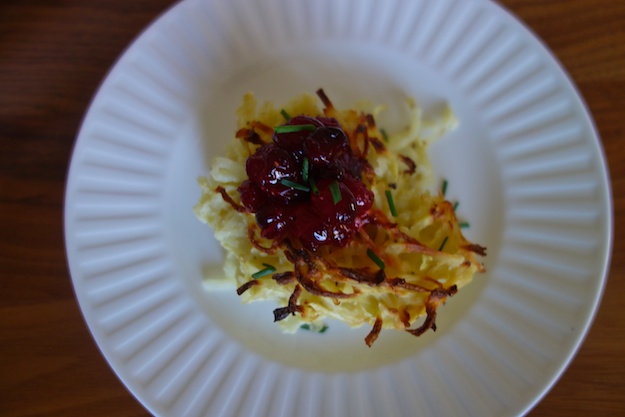 *Gratin is best eaten the day its made, but can be baked 1 day ahead. Cool completely then chill, covered with foil. Reheat, loosely covered with foil, in a 350F oven until warmed through, 20 to 30 minutes. 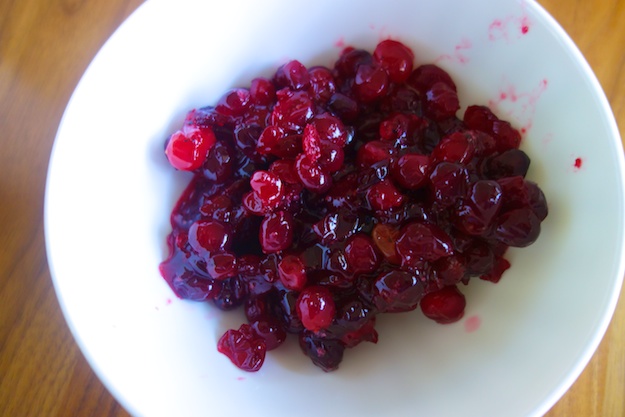 Simmer cranberries, sugar, vinegar, pepper, bay leaf, and a pinch of salt in a small heavy saucepan, uncovered, stirring occasionally, until most of cranberries have burst, about 10 minutes. Transfer to a bowl and cool completely.