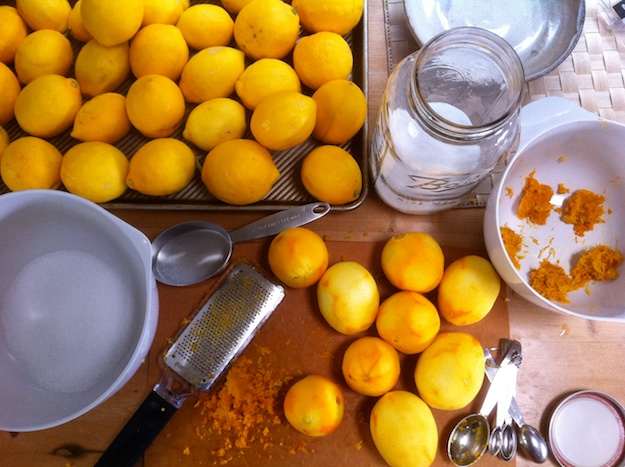 I met Emily Freed when she spoke about her culinary salt creations, Farmer Freed Culinary Salt Blends, at the Hazon Food Conference a couple of months ago.  She was sharing candid tips and tales about her recently launched business.

I was intrigued by this California farmer who blends organic herbs and edible flowers with seasonal ingredients in handcrafted micro batches.  I wanted to taste all five of her culinary salt blends, partly to check out their flavor profiles and definitely to support one of a very small network of female farmers.

I scooted over to Farmer Freed’s siteand promptly ordered all five of her culinary salt blends. They stand neatly lined up against my backsplash ready to yield to my pinch whenever the spirit moves me. I love the easy to access, wide mouthed jars and clear glass. Their purity is revealed in the vibrant mossy tones of crushed oregano and thyme or the fiery oranges of smoked paprika and crushed chile peppers flecked with flakes of kosher salt.

While I was on the site, I clicked on a salt called SABABA and laughed.

Sababa is Hebrew slang meaning awesome or cool. I continued reading about Sababa Salt and learned that Freed donates 36 cents of each jar she sells to support her fund called “You Grow Girl”.

KosherLikeMe:  Can you tell me about the impetus for “YOU GROW GIRL” scholarships, launched only a few months ago, and why it’s so meaningful to you?

Fast forward to June 2012 and there are still very few Jewish female farmers. I knew last summer that it was time to bring a new culinary salt blend on to the scene. I knew that I wanted it to somehow relate to Judaism but I wasn’t sure how to go about it. My good friend Jeff Yoskowitz, owner of the Gefilteria, suggested that I create a culinary salt blend that supported Jewish female farmers. It was exactly what Farmer Freed was looking for!

KLM: I understand that  Sababa means  “cool” or “awesome”. How does that connect to this salt blend? Are you referring to the women farmers or the flavors or both?

FF: Creating a new culinary salt blend takes a lot of patience, time, and lots of sampling. After about a month of creating, mixing, and blending different salt combinations, I finally settled on a mix of Kosher salt, oregano, marjoram, and thyme.

The next step was to think of a name for the new blend. I wanted a name that would be instantly recognized by the Jewish community as well as easily pronounced by grocery store shoppers. My friend Adam Edell came up with the name “Sababa Salt” on a very long road trip last summer.

It sounded good at the time and so I filed it away. It wasn’t until I met with the designer a few weeks later who said, “People love to get their tongues around new words. It’s a mystique that works.”

Turns out, people love Sababa Salt and they love saying the word Sababa too. Most of the time it comes out Sabada or Sa ba di ba which always bring a smile to my face.

KLM: How do you find Jewish female farmers to donate these funds to?

FF:  2012 was the first year the “You Grow Girl’ funds were donated since Sababa Salt hit the shelves in August. I wanted to make sure that funds were given out during the inaugural year so I connected with Hazon and made my first donation at the 2012 Hazon Food Conference.

KLM: Can you speak about the seasonal nature of your production?

FF: Since it’s lemon season along the California Central Coast, I’m making batch after batch of Pucker Up Citrus Salt. Lemons will last for another few months so I’m trying to make enough to last the year. I love this time of year where lemons provide so much color and clean scent  during the cold, winter days.

KLM: What new salt blend are you dreaming about?

FF:  Since I work on a large culinary herb farm, I have access to about 60 different types of culinary herbs and they are all great fun to experiment with. In the hopper right now is the idea of a lemon thyme salt blend because lemon thyme is so delicious and smells so fresh.

KLM: Are you open to suggestions for new flavor profiles?

FF:  I’m all ears for culinary salt blend ideas so if any of your readers have any suggestions, they should feel free to comment here.  You never know what salty and creative combinations will pop in your mouth.

Emily Jane Freed is the Regional Production Manager at Jacobs Farm/Del Cabo., Inc, where she’s responsible for a network of nine organic farms along the California Central Coast between Pescadero and Watsonville. Those nine farms span over 250 acres of land. Very impressive, indeed! 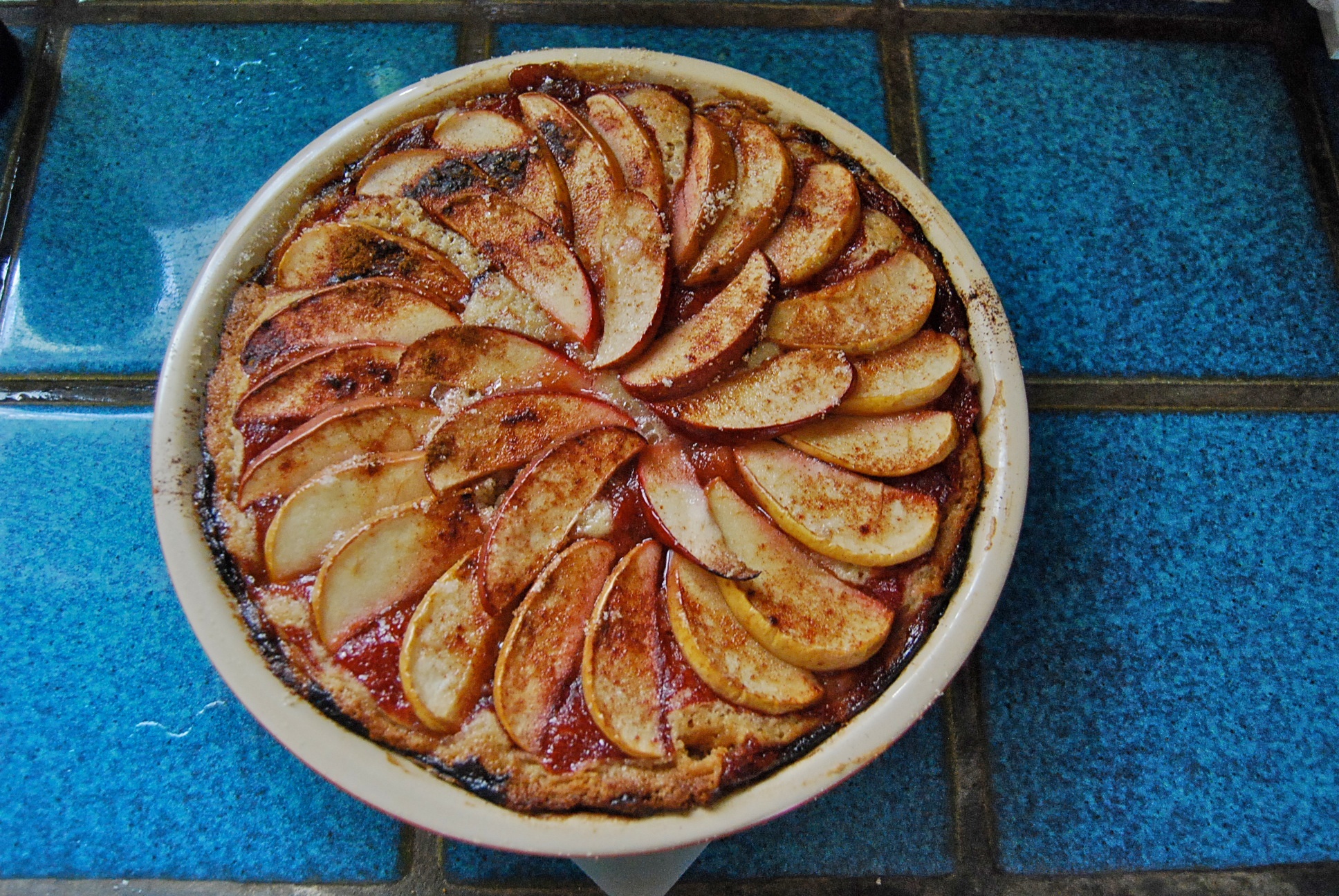 Cream one stick of butter with one cup of sugar.
Add egg.
Add Farmer Freed's Pucker Up Citrus Salt
Mix in vanilla.
Combine flour with baking powder.
Add dry ingredients to the wet ingredients alternating with milk.
Place mixture into pie dish.
Spread applesauce with rubber spatula onto cake batter.
place sliced fruit or berries on top of applesauce in a circular design.
Sprinkle top of fruit and cake with cinnamon sugar.
Bake at 350 for 40 mins.