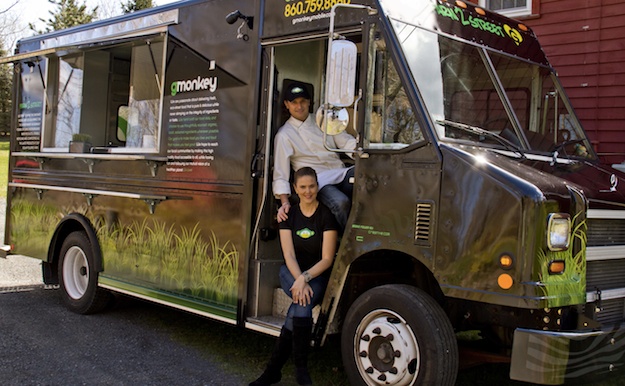 During a recent one-night course he shared the secrets behind some popular dishes from his Branford, CT. restaurant, G-Zen. This spot is perfect for kosher keepers, veg lovers and raw foodies. 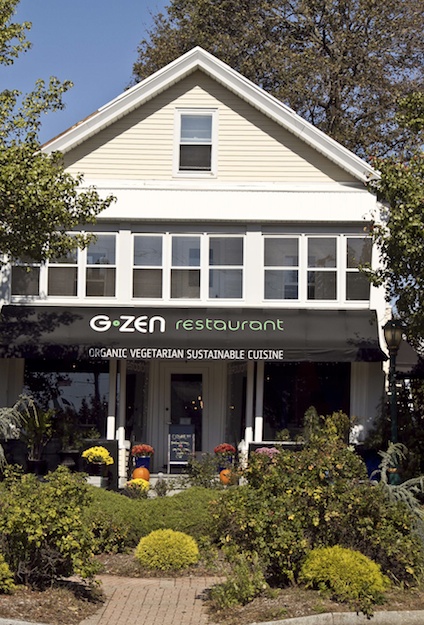 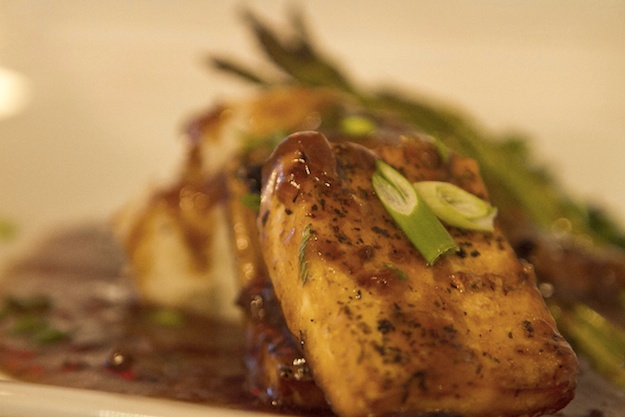 The 14 neophyte chefs were blown away by the fresh simplicity of the Raw Marinara. The “sauce” was gifted depth and texture by the addition of cashew nuts and nutritional yeast which, though I’ve been using it for years, I learned at Shadle’s side is not a yeast at all, but a tiny mushroom-like spore.

The ingredients are simply pulsed in a food processor for a few moments. The only prep work was to soak the cashews overnight.

Shadle proved to be not only an informative teacher, but also a funny one with lots of tips on how to save money in the kitchen.

He shared his technique for sharpening veggie peelers with a knife sharpener and how to breathe life back into an old wooden cutting board: use a fine-grain sandpaper on it then oil it with linseed oil or, to remove food stains and other wear, cover it in salt for 24 hours or put it outdoors and let the sun bleach the wear away.

Shadle admitted that he has a weakness for good knives and noted how expensive they can be. His solution? “Always ask for a knife for your birthday!” he laughed. 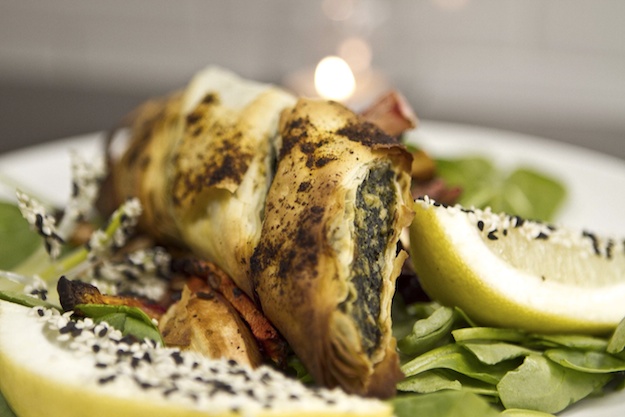 “It’s a big change, un-cooking like this,“ said Shadle, of making the switch to raw cookery. But he thinks it’s ultimately worth it. An avid cyclist, Shadle saw a marked improvement in his performance when he gave up dairy years ago, and another when he began to incorporate raw foods.

Though raw cookery is not terribly hard, you may need to buy some new appliances — a dehydrator and a good blender are the raw chefs primary tools. However, they are one-time purchases that will bring many nutritious, low-fat, organic super foods to your table. If you enjoy raw cooking, a few new staples may find their way into your pantry as well: macca root, agave, cacao and unsweetened coconut are among Shadle’s favorites.

The chef tries to live “the ultimate green, recycled lifestyle.” He lives on and runs a small, solar-powered farm, Shadle Farm, in Durham and grows many of the restaurants’ veggies at his home. He often forages for locally available foods to serve at the restaurant, such as the raw cress he dressed the plates with at our cooking class. 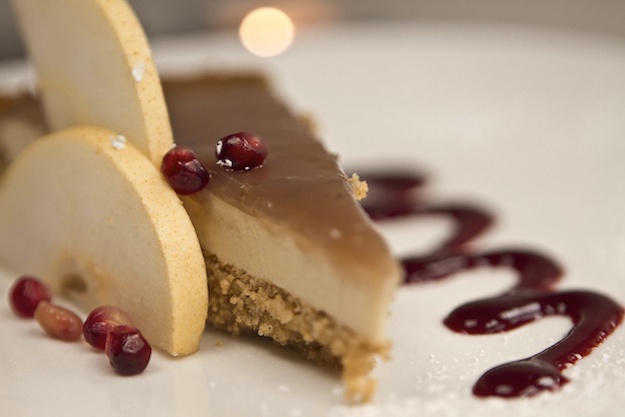 “Raw foods are among the most creative things I’ve seen. A lot of the stuff made by chefs on The Food Network is just redundant,” he said.

Find out more about cooking classes with Mark Shadle at the Delia Center.  His next event at the center will be June 13. Learn more about G-Zen and G-Monkey.

Laurel Tuohy is an award-winning Connecticut-based freelance writer. A vegetarian since high school, she’s lived around the world and found some places – ahem, India! – friendlier to the meatless than others – hellooooo Mexico! She’s been an editor at The Litchfield County Times and The Taunton Press and has had stories published around the world from The Times of India to The Mirror. She is pleased to contribute to Kosher Like Me. 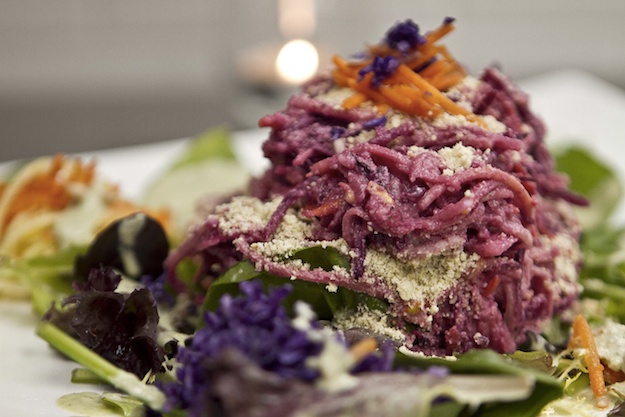 Puree all ingredients until smooth. Add apple juice if consistency is too thick.

Leave a Reply to Malu Doherty