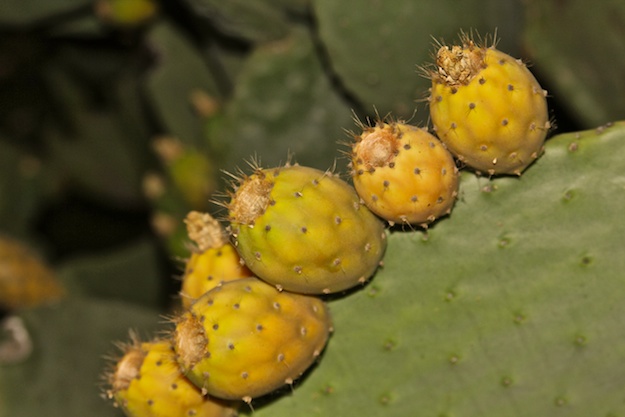 Last week, I headed to Napa for a carefully planned week of wine tasting, eating and learning more about the abundance of fruits and veggies in this remarkable region of California. I chose a balance of wineries that prepare and serve food from their own gardens, and restaurants that are vegetarian or which have exciting choices for vegetarians or pescatarians (yes, I eat acceptable fish, also).

Off the plane, and feeling lucky to  have somehow skirted the traffic heading out of SF, we headed to Cindy Pawlcyn’s newly  opened  BRASSICA, a “Mediterranean kitchen and wine bar”. At the entrance I noticed bright orange Sabra fruit growing in beautiful clusters. Was it a coincidence (themed planting with  Med cuisine?) or an omen bearing symbolism about the prickly ups and downs of my newly launched project? I know the flavor of this sweet and juicy desert fruit and thought about the many rewards of my culinary explorations. Positive omen, I decided.

Pawlcyn’s menu is loaded with a wide array of veg choices highlighting flavors of southern Europe, northern Africa and the Middle East. Her innovative approach to familiar Med dishes was what I came for.  This Chef/Owner is  a pioneer in the farm to table movement in northern CA. She opened her first restaurant here in 1983 and currently owns and operates three restaurants in Napa, with Brassica being her latest. Brassica has an extensive list of wines by the glass (70!!). In addition, Pawlcyn highlights the BRASSICA 12, a dozen small production Napa winemakers who do not have tasting rooms. Her menu of small, medium and full size plates, all designed around utilizing the Napa valley’s abundant harvest and long growing season, re-enforces her identity as one of the very earliest farm to table chefs in the country. Her affable  and approachable style shined when she was a contestant in Season one of Top Chef masters. 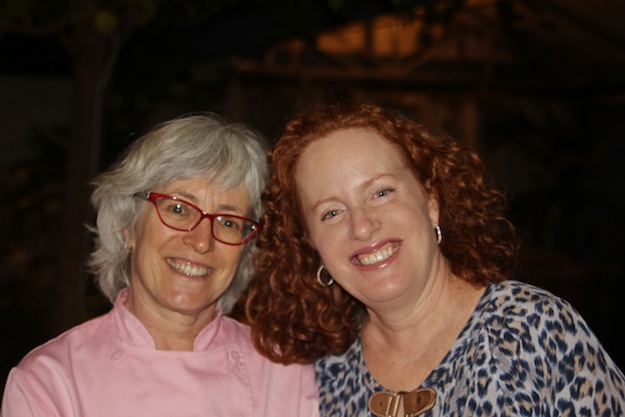 I was thrilled to have chosen a resto with outdoor seating after our long flight.  I  knew that we were in capable hands when our waiter suggested that we order in “waves”, encouraging us to try a few tapas sized choices and wait to see which direction we might want to go in after that.   I loved his laid back vibe.  Chef Pawlcyn  emerged from the kitchen, greeting all guests that evening,  chatting affably and unhurriedly.  When I shared my story about launching  Kosher Like Me she told me about how she had recently taught a class at an area Synagogue on how to make gefilte fish.  She said  that participants had tears running down their faces from memories of cooking with mothers and grandmothers, not to mention the large quantity of chopped onion.  She was as easy to chat with, and as forthcoming as an old friend.  And Yes!  She was totally recognizable with her red rimmed metro glasses and shock of white hair. 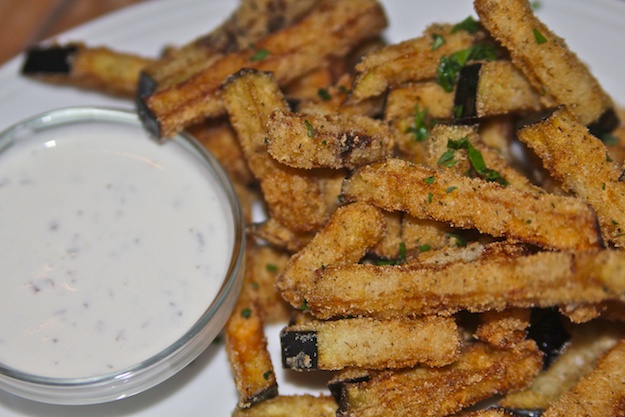 Hummus with ful (chickpeas), raw red onion and a soft cooked local egg was satisfying with its expected flavor of hummus although not super smooth and creamy.  That’s a preference and a choice, for sure, but hummus texture is always a topic of convo for us. Sticking with traditional  choices,  we went with the tabouli, redolent of lemon, mint and garden fresh, chopped, local sungold tomatoes. 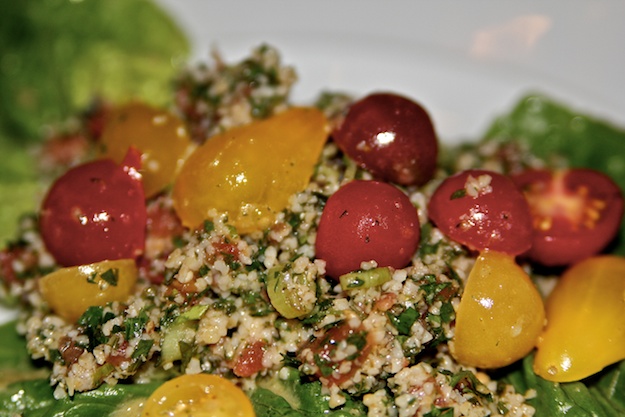 Our waiter gave us fair warning that the crispy whole sardines  (actually 4-5 inch mackarel) were packed with tiny bones and he was right.  Despite the warning, the brave sardine fan in our party ordered them but quit mid-way through, feeling overworked.  Hey, he was duly warned.

Our group felt nearly sated after the small plates,  which weren’t small at all, but we pushed through and shared two fish entrees, the better of which was the Tunisian halibut.  Traditional and expected ingredients like olives, preserved lemon and capers were so delicious that we turned to scooping the jus with tablespoons and the irresistible sour dough bread that was served warm after we had polished off the pita. 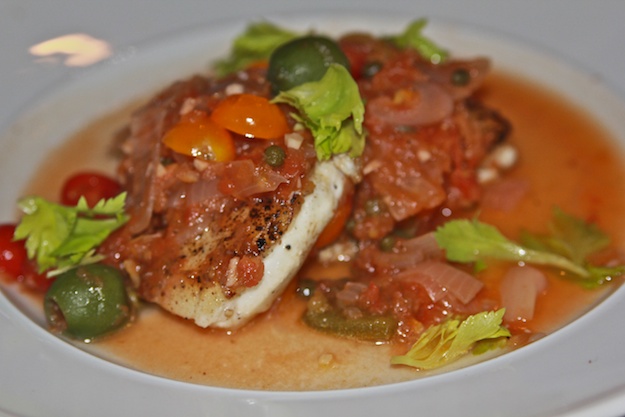 For a laid back vibe and an opportunity to share plates while tasting wines that may not be available elsewhere, Brassica gets it all right.  Congrats to Cindy Pawlcyn on her latest addition to the Napa valley dining scene. 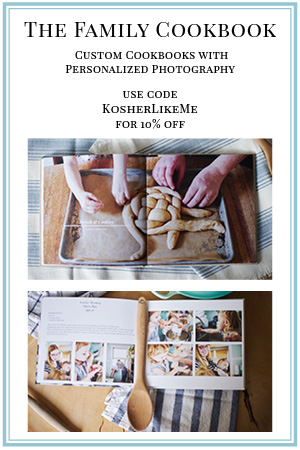 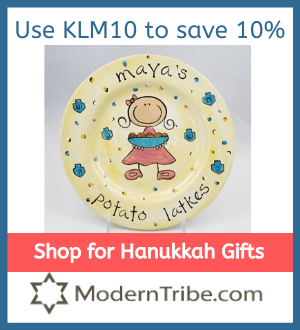